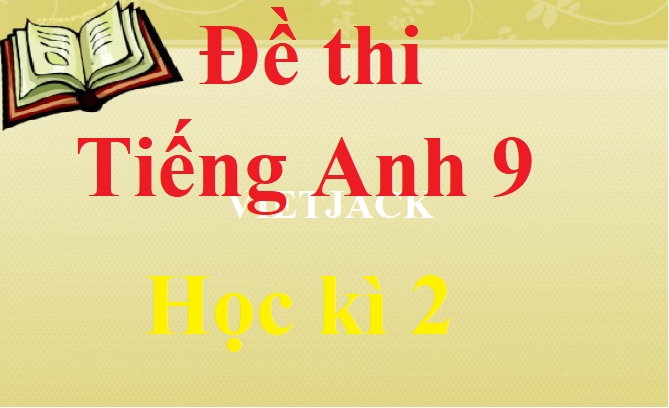 I. Choose the word whose underlined part is pronounced differently from the others

II. Choose the word that has different stress from the others.

IV. Read the following passage and answer the questions

In Viet Nam, the Mid-Fall festival is also called the Children’s festival because it includes special activities for them. It is held every year on the 15th of the 8th lunar month when the moon is the brightest and roundest.

About one month before the festival, a lot of stalls are built along the streets selling moon cakes and displaying a variety of lanterns in different sizes and shapes. Lanterns are made of red cellophane-transparent papers and bamboo sticks or of plastic and thin steel wire. Most of them are traditionally lit up with candles though some have battery-operated lamps.

There are a lot of interesting activities in the Mid-Fall festival such as the children’s lantern procession and the Unicorn dance performance. Unicorn is an imaginary animal which looks like a lion. These activities are usually performed in the evening.

Children and their parents assemble in the garden, in the backyard, on the terrace of their house, or even on the pavement where they can have a good view of  the moon and enjoy the performances. They also celebrate the festival with moon cakes while watching the full moon rising. The festival ends up around midnight when the moon is at its highest position in the sky.

1. Why is the Mid-Fall festival also called the Children’s festival?

2. When is the  Mid-Fall festival celebrated every year?

3. What do stalls along the streets sell and display before the Mid – Fall festival?

1. A building has now been rebuilt. It was destroyed in the earthquake.

3.The woman was badly injured. She was driving the motorbike.

4. We can save water by taking showers instead of baths. 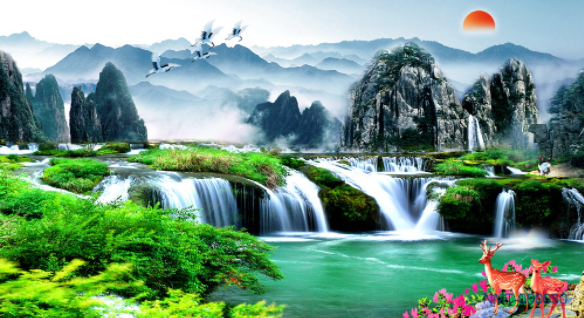 I. Choose the word whose underlined part is pronounced differently from the others.

II. Choose the best option A, B, C or D to complete the sentence.

19.   – “Let me congratulate you on winning the first prize in the English speaking contest.”

III. Choose the best option A, B, C or D to complete the passage.

IV. Read the text and choose the best option A, B, C or D to answer each question.

I  live on  the outskirts of a  city  in Viet Nam. Three years ago, my neighborhood was very  clean and beautiful,  with  paddy  fields  and  green  trees.  However,  in  the  last  two  years,  some  factories  have appeared in my neighborhood. They have caused serious water pollution by dumping industrial waste into  the  lake.  The  polluted  water  has  led  to  the  dead  of  aquatic  animals  and  plants.  Also,  tall residential buildings have replaced the paddy fields. More people result in more cars and motorcycles. Poisonous fumes from these vehicle are serious are pollutants.

25. Where does the writer live?

26. Did the writer’s neighborhood use to be clean and beautiful?

27. How long have there been some factories in his neighborhood?

28. What kinds of pollution are mentioned in the passage?

30. Let’s use reusable bags instead of plastic bags.

32. The book is very interesting. I bought it two days ago.

Mark letter A, B, C or D to indicate the word whose main stress position is placed differently from that of the others in each group.

Mark letter A, B, C or D to indicate the part that is incorrect.

Question 3. The boy whom laughed happily was my brother.

Question 4. Peter and Jone plays badminton every Saturday with Maria and me.

Mark letter A, B, C or D to indicate the correct preposition or adverb particle that completes the sentences

Question 5. That type of music is quite popular ______ teenage boys and girls.

Mark letter A, B, C, or D to indicate the word whose underlined part is pronounced differently from that of the others in each group.

Mark the letter A, B, C or D to indicate the correct word or phrase to complete each of the following questions

Question 9. Two department stores______ in the city center this year.

A. How about using the shower

Mark letter A, B, C, or D to indicate the word SIMILAR in meaning to the underlined word.

Question 13. She’ll take the new job whose salary is wonderful.

Mark letter A, B, C, or D to indicate the sentence that is closest in meaning to the given one.

Question 14. It may rain this afternoon. I hope it doesn’t because I don’t want the match to be canceled.

A. If it had rained, the match would have been canceled.

B. If it rained, the match would be canceled

C. If it rains, the match is canceled.

D. If it rains, the match will be canceled.

Question 15. “Can you speak English?” my boss asked.

A. My boss asked me if can I speak English.

B. My boss asked me if I could speak English

C. My boss asked me if I can speak English.

D. My boss asked me if could I speak English.

A. This is the prettiest flower display we’ve ever seen.

B. This flower display isn’t as pretty as those we’ve seen.

C. This is one of the prettiest flower displays we’ve ever seen

D. This flower display is prettier than some we’ve ever seen.

Question 17. Although he took a taxi, Bill still arrived late for the concert.

A. Bill took a taxi to the concert, but he couldn’t catch it.

B. Bill arrived late for the concert because of the taxi.

C. In spite of taking a taxi, Bill arrived late for the concert.

D. Bill arrived late for the concert whether he took a taxi or not.

Read the following passage and mark the letter A, B, C, or D to indicate the correct word that best completes each of the numbered blanks from 14 to 16.

Read the following passage and mark letter A, B, C or D to indicate the correct answer to each of the questions that follow.

In the early years of television, educational specialists believed that it would be very useful in teaching and learning. Many schools have bought television sets, intending to use them effectively to improve the quality of education; but actually, they are rarely used properly in classrooms. Meanwhile, children spend the majority of their out-of-school hours watching TV and their typical school days proceed as if television did not exist.

There are some explanations for the failure of television to get the interest of the teachers. Firstly, the schools that purchased television sets have not set aside money for equipment repairs and maintenance, so these television sets are sooner and later out of order. Secondly these schools have not found an effective way to train teachers to integrate television into their ongoing instructional programs. Lastly, most teachers do not regard the quality of television and its usefulness in the classroom. Teachers at the schools work hard for at least twelve years to train their students to become good readers. However, according to recent statistics, teenagers seldom spend their free time reading books and newspapers but watching television instead.

A. has not attracted students’ interest       B. has been used effectively in classrooms

A. believed it would be useful for schooling

B. banned children from watching TV

C. did not appreciate it